„Sun, Moon and Evening Star“: Exhibition and Reading at the KunstRaum gallery, Heilsbronn 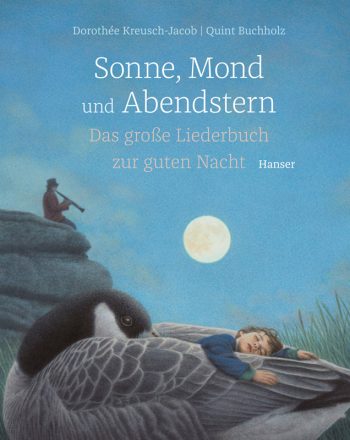 From November 15 to December 19, 2017 the gallery in the Center for Religious Education, Heilsbronn is showing new pictures by Quint Buchholz.

A selection of originals and prints will be on display, among them some motifs out of the new book “Sun, Moon and Evening Star”, edited by Dorothée Kreusch-Jacob and beautifully illustrated with a number of evening and night pictures by Quint Buchholz.

One of the highlights of the exhibition will be a reading on December 13, “Bilder – Lieder – Geschichten” (“Pictures – Songs – Stories”), which will also center on this extensive collection of lullabies. Dorothée Kreusch-Jacob and Quint Buchholz will present a number of the texts, songs and pictures from the book, and also talk about the idea behind it.