Quint Buchholz exhibition at the Salon for Culture and Communication 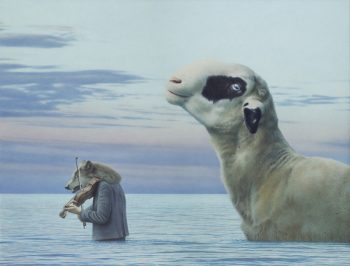 From December 8, 2017 to February 2, 2018 the gallery at no. 9 Clemensstraße in Munich is showing a selection of works by Quint Buchholz.

The main focus of the exhibition are the original paintings from “Sonne, Mond und Abendstern” (Sun, Moon and Evening Star), the new book by Quint Buchholz and Dorothée Kreusch-Jacob. But the exhibition also features other new paintings that have not been shown before.

Moreover, on January 12, 2018, Quint Buchholz is going to present the book at the Salon. He is going to read a few selected passages and speak about the idea behind it.

More detailed information will be posted soon on the Salon for Culture and Communication’s website.