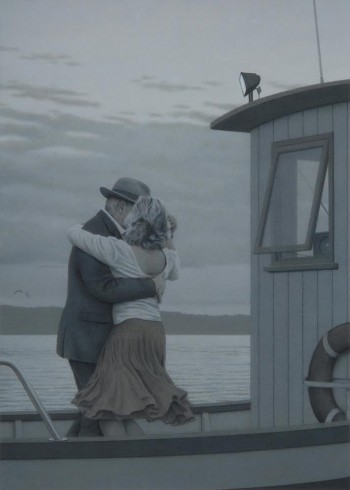 On July 13, 2019 the Munich-based Vocal Ensemble Canzone 11 will once again bring to life the multifarious art form of the madrigal in their concert “Eye Music – The Renaissance of the Madrigal”. This year, it will be part of the ZAMMA Festival program in Garmisch-Partenkirchen, Bavaria. And like last year, the projected picture animations by Quint Buchholz will enter into a vivid dialogue with the virtuosic choir music, full of surprises and touching elements, by composers Michelangelo Rossi, Clément Janequin, Pelle Gudmundsen-Holmgreen and John Hoybye. Some of the pieces have so far never been published as recordings, and/or are now presented for the first time to the German public.

More information about the concept of “Eye Music”, about the concert repertoire and the availabilty of tickets can be found on the vocal ensemble’s website. And for a little pretaste, here is a video recording of Janequins “Chant des oiseaux”, performed by Canzone 11 during the “Eye Music” concert in June 2016.

END_OF_DOCUMENT_TOKEN_TO_BE_REPLACED
← NEW
The Collector of Moments on stage once again →
Manage Cookie Consent
We use cookies to optimize our website and our service.
Manage options Manage services Manage vendors Read more about these purposes
View preferences
{title} {title} {title}