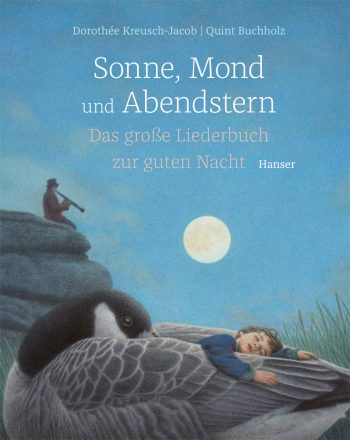 On July 24, “Sonne, Mond und Abendstern” (“Sun, Moon and Evening Star”), a new collection of lullabies by Dorothée Kreusch-Jacob and Quint Buchholz, was published by Hanser. Over 224 pages, the composer and music pedagogue Dorothée Kreusch-Jacob has compiled a wide variety of songs, poems and stories that complement bedtime rituals and help create a space for calmness, tranquility, and a feeling of security.

They are complemented by over 70 evening and night pictures by Quint Buchholz, which were created over the course of 34 years. However, Quint Buchholz has also painted a large number of new pictures for this book.

Beginning July 27, a complementary CD, which features a selection of 24 lullabies, will also be available through Argon. The songs were arranged and recorded by the Kreusch family and accompanied musically by Giora Feidmann and Klaus Doldinger (among others). The booklet contains a variety of night pictures by Quint Buchholz.

More information about the book is available on the website of the Hanser Publishing House. Additionally, you can give the CD a quick listen on Argon’s official website, or leaf through the book on Youtube. 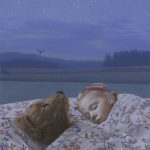 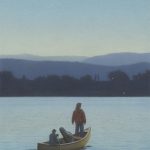 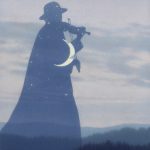